What secrets hide the Kola ultradeep well Recently, geochemists from Russia as well as France and Germany, found at a depth of 410-660 kilometers below the Earth’s surface ocean Archean period. Such findings would have been impossible without the ultradeep drilling methods developed and used in the Soviet Union. One of the artifacts of those […] 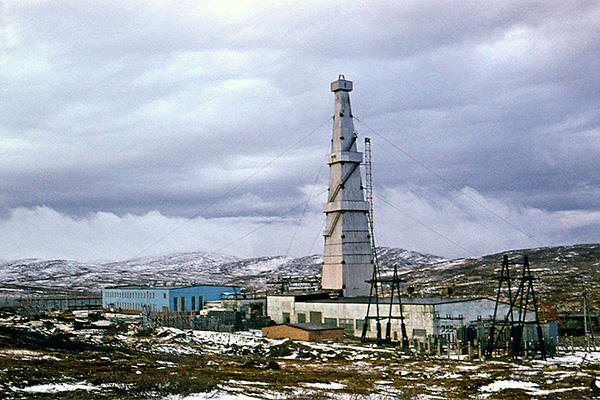 Recently, geochemists from Russia as well as France and Germany, found at a depth of 410-660 kilometers below the Earth’s surface ocean Archean period. Such findings would have been impossible without the ultradeep drilling methods developed and used in the Soviet Union. One of the artifacts of those times – Kola ultradeep well (SG-3), which, even after 24 years since the cessation of drilling is the deepest in the world. Why it drilled and what discoveries she helped make, he says “to Lenta.ru.”

Ultradeep drilling pioneers were Americans. However, in the vastness of the ocean: in the pilot project they are involved ship Glomar Challenger, designed just for this purpose. Meanwhile, in the Soviet Union to actively develop appropriate theoretical framework.

In May 1970, in the north of the Murmansk region, 10 kilometers from the town’s Polar Kola super-deep well drilling started. As expected, it was timed to the centenary of Lenin’s birth. Unlike other ultra-deep wells, SG-3 drilled solely for research purposes, and even organized a special expedition exploration.

Drilling place chosen unique: it is on the Baltic Shield in the Kola Peninsula to the surface leave the ancients. Age many of them up to three billion years (the most the planet – 4.5 billion years old). In addition, there Pechenga-Imandra-Varzuga rift trough – embedded in the ancient rocks, cup-like structure, which explains the origin of the deep fault. 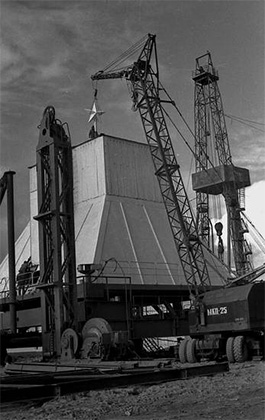 The design of the drilling machine

The scientists took four years to drill a well to a depth of 7263 meters. It is not done nothing unusual: used the same setting as in the production of oil with gas. Then the well stood idle for a year: for the installation of the retrofit turbine drilling. After the upgrade could be drilled approximately 60 meters per month.

The depth of seven kilometers of a surprise: the alternation of hard and not very dense rocks. Participation of the accident, and in the wellbore there was a lot of cavities. Drilling continued until 1983, when the depth of the SG-3 reached 12 kilometers. After that, scientists have collected a large conference and talked about their successes.

However, due to careless handling of lignite in the mine remained section length of five kilometers. Several months trying to get her, but did not succeed. It was decided to re-start drilling at a depth of seven kilometers. By operation complexity drilled not only the main trunk but also additional four. In fact, to restore the lost footage, it took six years: in 1990, the well reached a depth of 12,262 meters, becoming the deepest in the world. 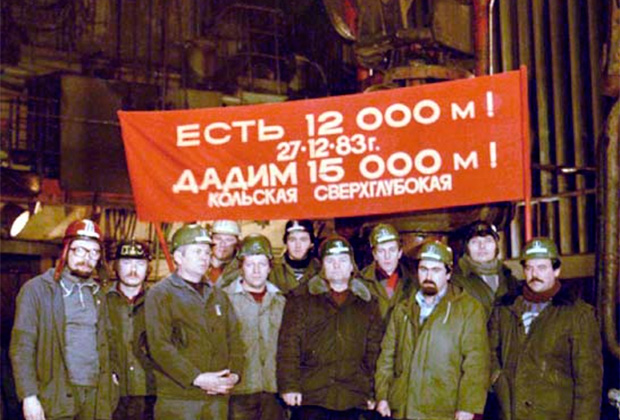 Celebration at the well in the Day of Geologist

Two years later, the drilling was stopped, subsequently suspended wells, and in fact – was abandoned.

Nevertheless, on the Kola ultradeep well we made a lot of discoveries. Engineers have created a whole system of deep drilling. The problem was not only in the depth, but also at high temperatures (up to 200 degrees Celsius) due to the intensity of drilling operations.

Scientists have not just moved deep into the earth, but also raised the rock samples and cores for analysis. By the way, they studied the lunar soil and found that the composition of it almost completely corresponds to the rocks extracted from the Kola borehole to a depth of about three kilometers.

At a depth of over nine kilometers left on mineral deposits, including gold: in olivine layer of its entire 78 grams per ton. And it’s not so little – gold mining is considered possible at 34 grams per ton. A pleasant surprise for scientists, as well as for the nearby mill, was the discovery of new ore horizon of copper-nickel ores. 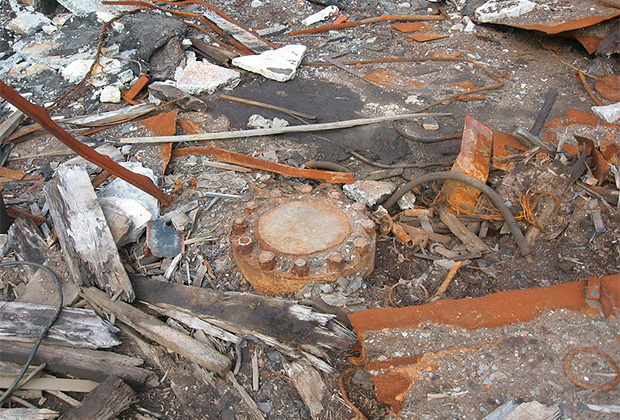 In addition, the researchers found that the granite does not pass into the MPE basalt layer: in fact placed him Archean gneisses, which are traditionally considered to be fractured rock. It made a kind of revolution in geological and geophysical science and completely changed the traditional notion of the Earth’s interior.

Another pleasant surprise – the discovery at a depth of 9-12 kilometers of highly fractured rock, heavily saturated saline water. By assumption, scholars, they are responsible for the formation of ore, but first it was thought that this occurs only at much shallower depths.

In addition, it was found that the subsurface temperature is slightly higher than expected, at a depth of six kilometers was obtained by a temperature gradient of 20 degrees Celsius per kilometer instead of 16 expected. It has been found radiogenic heat flux, which is also not consistent with the previous hypothesis. 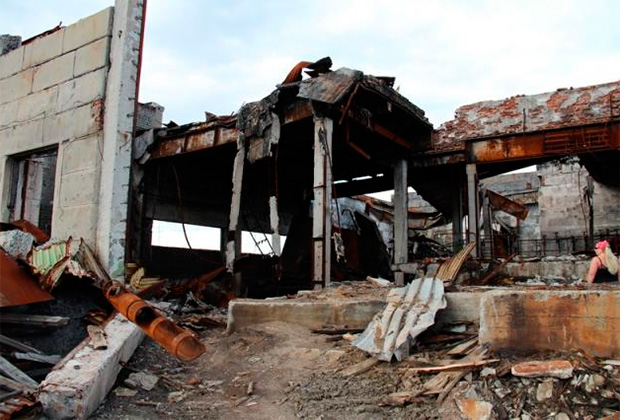 In the deep layers of the age of more than 2.8 billion years, scientists have found 14 species of fossilized microorganisms. This allowed time to move the origin of life on the planet and a half billion years ago. The researchers also found that at a depth of no sediment is methane, burying forever the theory of the biological origin of hydrocarbons.

Now look at the Kola super-deep, wander through the endless maze of corridors, its travel group travelers!

Write a Review about Kola’s ultradeep

Monument to victims of the intervention

Naval Museum of the Northern Fleet