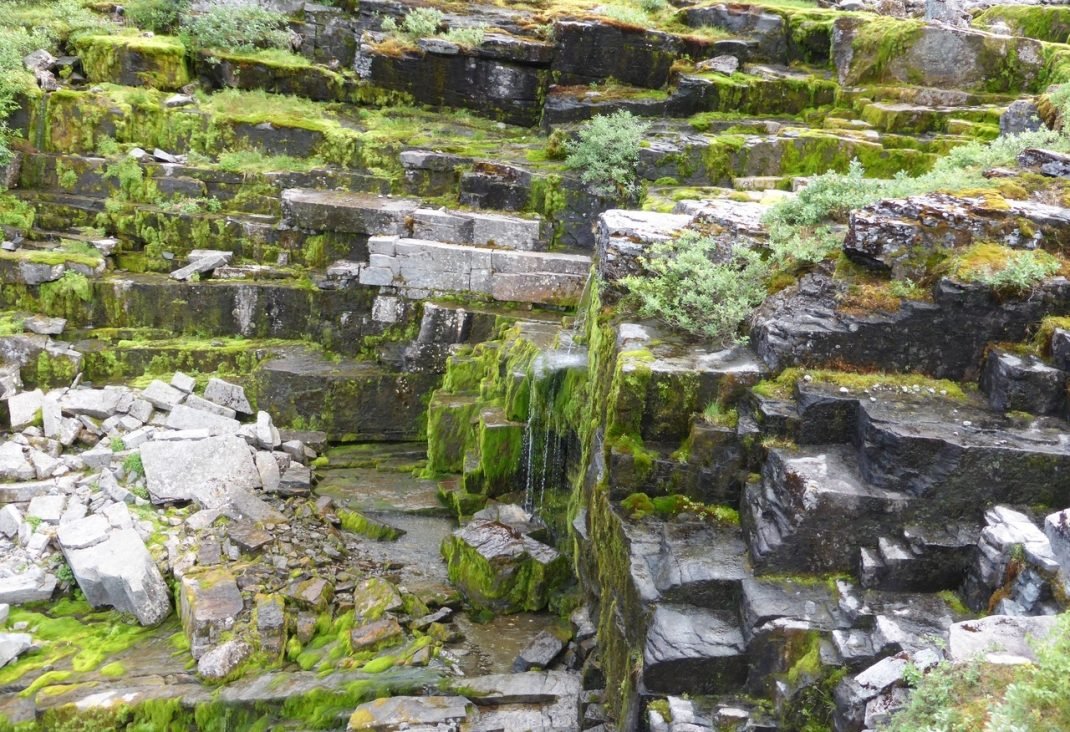 Disputes on whether really the Kola Peninsula once was a part of legendary Giperborei and the ancestral home of arias (ancestors of Slavs), don’t cease several decades. But more than is enough proofs at this hypothesis.

In Murmansk region, on the Kola Peninsula, near the well-known mystical lake Seydozero there is Mount Ninchurt. Last century the megalytic complex with blocks and stone steps, plates and the correct round wells has been found here. The name of the lake happens from Lappish “siedi” — a sacred stone in which the shaman’s soul lives. Sami call this place Luyavrchorr that means Mountains at the Lake of Force.

The Researcher Giperborei, the scientist, the Doctor of Philosophy Valery Dyomin considered that huge stones on the Mount Ninchurt – that other, as ruins of the ancient temple complex, which surrounded the whole city. According to descriptions it not that other as ritual platforms, an amphitheater, the bases and squared powerful stone blocks (perhaps, it was one of giperboreysky monasteries)

It is possible to assume that all above described territory represents the uniform religious center. Perhaps it was the complex of monasteries where people came from the farthest cities of Giperborei in the pilgrim purposes.

Of course, these constructions aren’t similar to what we see, for example, in Egypt. But to the Egyptian pyramids of 3000-4000, and the found civilization remains, possibly about 9000.

Numerous tourists find on the mountain and around it all new and new evidence of existence in these places of pratsivilization. The scientific world announces all these traces a freak of nature. But a picture is worth a thousand words:

References to the source:

Very soon season of Aurora Borealis! You look in our new video

Who doesn't need the visa to Russia?